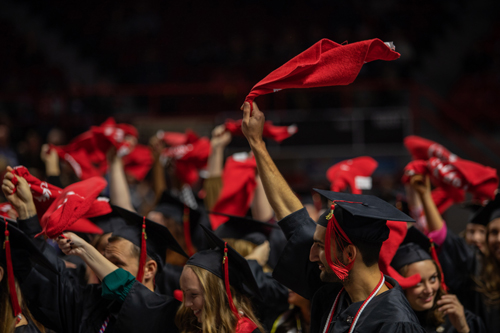 The graduates were individually recognized and shook hands with President Timothy C. Caboni. The fall graduates were encouraged to participate in Topper Walk as part of WKU’s 187th Commencement ceremony on May 15.

Ogden College of Science and Engineering

College of Education and Behavioral Sciences

College of Health and Human Services

WKU is allowing high school seniors to self-report their GPA to keep the admissions process on track.

The Office of Global Learning and International Affairs is partnering with the Center for Innovative Teaching and Learning to sponsor a series of webinars that will serve to educate students, families and community members about COVID-19 and its impact.