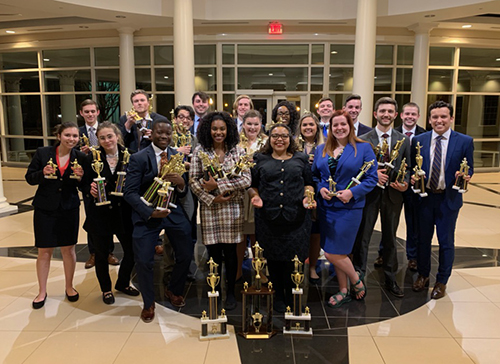 WKU won the debate team sweepstakes, the individual events team sweepstakes and the overall combined team sweepstakes. Of the 16 event championships at the state tournament, WKU students won 14. Additionally, WKU team members won the top six places in individual sweepstakes, a measure of personal success across multiple events, and closed out the final round of IPDA (International Public Debate Association) debate. This is WKU’s 27th consecutive year as state champion.

WKU Director of Forensics Ganer Newman was pleased with the team’s results. “Our students have worked very hard this season and it is great to see the work pay off with a state championship,” he said.

On Wednesday (Feb. 13), the team will host its fourth annual Black Excellence Exposition at 7:06 p.m. in the Downing Student Union Auditorium. Next weekend, the team will split to compete in two locations: Tuscaloosa, Alabama, and Normal, Illinois.