2018 off to colder start than 2017, state climatologist says 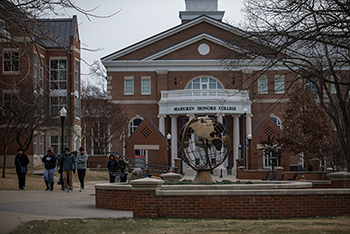 Temperatures during the first week of 2018 have already been colder than those recorded in 2017, according to data from the Kentucky Mesonet at WKU.

“We are off to an unusually cold start to the year in the eastern United States and even in Kentucky,” said state climatologist Stuart Foster, director of the Kentucky Climate Center and the Kentucky Mesonet at WKU.

The Mesonet station at the WKU Farm in Bowling Green recorded a low of 1 below zero on Jan. 2 compared to 2017’s lowest temperature of 7 degrees on Jan. 8.

“When we look back at 2017, most of us will consider it to be a rather pleasant year,” Dr. Foster said. “For the most part, summer heat and humidity levels were a little lower. We had a very pleasant summer with the exception of brief periods of higher heat and humidity in the latter part of July and August.”

The highest temperature in 2017 was 97 degrees on July 22 at the Mesonet station in Hopkins County. Bowling Green also recorded its high for 2017 on that same day at 95 degrees.

“In 2017, precipitation was well-distributed throughout the year, but some areas experienced dry periods during the summer,” he said.

The highest wind gust recorded in 2017 was 79 mph on March 1 at the Carroll County station.

Snowfall totals for 2017 were less than an inch in Bowling Green and were low statewide.

“We started 2017 with an El Nino and as 2017 came to an end we were in a weak La Nina phase that is projected to continue into spring before dissipating,” Dr. Foster said.

Despite a cooler start to 2018 and a chance of wintry weather this weekend, he said, “we are expecting a return to more normal January conditions with an enhanced likelihood of above normal precipitation in the next six to 10 days as temperatures return to more typical January levels.”